As the COVID-19 lock-down encourages more people to consider moving to rural areas where they don’t have to worry about the dense crowds of city life, the possibility of relocating has put a renewed focus on rural broadband deficiencies.

Ideally, Americans can telecommute to work whether they live in the New York metropolitan area or the High Plains of Wyoming. In reality, a digital divide often prevents the residents of rural areas from accessing high-speed internet services.

Many people think of rural areas as places that exist far away from cities. That’s not always the case when it comes to rural broadband deficiencies. A map of broadband health in America from the Federal Communications Commission (FCC) shows that areas without broadband often sit near urban and suburban communities. For example, Fort Worth, TX, has 23 broadband service providers. Just 60 miles away, Jacksboro, TX, doesn’t have any broadband providers.

Living near an urban center, in other words, doesn’t necessarily mean that you have broadband access. The rural deficiency problem isn’t restricted to areas located hundreds of miles from cities.

During the COVID-19 lockdown, access to news coverage and communication tools matter more than ever. When people can’t leave their homes safely, they quickly feel isolated from their peers.

The pandemic has also caused a significant shift in the number of people working from home. Remote work already creates challenges for employees used to spending 8 or more hours a day in an office, factory, or other facilities. A broadband internet connection cannot solve all of those problems, but it can make remote work possible. With the recent events taking place, the National Association of Realtors is rightly supporting a bi-partisan bill that would allow remote online notarizations nationwide. However, such measures are only helpful for conducting land transactions in places where a connection is available. While nearly all land agents are able to go back to an office or home to take care of such business, often times access to a connection in more rural areas would make doing business on the go, and in a more timely manner, much easier.

Residents of rural communities may not have the opportunity to telecommute because they don’t have reliable internet connections. Some may use satellite services to access the internet, but those connections rarely offer the speed needed for video calls and performing data-heavy tasks.

How to Give Rural America Better Access to Broadband Internet Connections

Internet service providers (ISP) don’t want to spend a lot of money building a broadband infrastructure in rural areas because they don’t see many ways to earn profits from the investment.

In Manhattan, nearly 71,000 people live in a square mile. When ISPs build infrastructure there, they know that they can get a return on the investment. Extending broadband to rural communities, though, can cost more while only a few people are paying for the service. The low population density makes it difficult for ISPs to commit to broadband connections and see worthwhile returns on their investment.

Solving the digital divide in rural America will likely take more than one approach. Since companies don’t see ways to make much money from upgrading their services, all of the methods will probably require government subsidies or regulations.

Many small towns and rural communities use old telephone lines that work about as well as internet connections in the 1990s. Technically, they might connect you to the internet. In practice, though, they cannot handle the amount of data needed to efficiently and reliably use the modern internet.

Updating telephone lines and adding signal boosters to existing infrastructures should make it possible for rural residents to access the internet at broadband speeds.

While few satellite ISPs offer the speed of a broadband connection, companies could update their technology to improve data speeds. The government could help by letting the companies use a wider frequency range.

The COVID-19 lock-down shines a spotlight on one of the country’s ongoing problems: the quality of your internet access often largely depends on where you live. By improving broadband access in rural areas, residents, employers, and governments can keep communities safer while keeping them connected to loved ones and work. It can also open doors for people looking to move to more rural areas where they can escape the cities and buy their own plot of land to live on. Especially as the current pandemic shines a light on an ever-increasing amount of jobs being able to be done completely remotely. If you are thinking about making a move to a new rural property with its own piece of land, make sure to use a qualified land expert, like an Accredited Land Consultant, by using our Find A Land Consultant search tool. 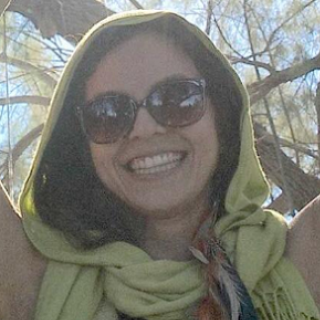 Hi my name is Stacy I am 30 years old from New York. I am working as front desk help in local real estate office. I like to read new and article about real estate markets all over the world.